Sea Turtle Conservation Program for St Vincent and the Grenadines

The Sea Turtle Conservation Program is being implemented by the National Parks Rivers and Beaches Authority in collaboration with the Fisheries Division funded by the St. Vincent and the Grenadines Preservation Fund.

The Sea Turtle Conservation Program is designed to build on the recently completed one week Program held in April, 2016 and will allow for the advancement of Sea Turtle Conservation in the long term. The Program seeks to address the negative impacts on the Sea Turtle populations through public education and training. It is designed to obtain baseline data on Sea Turtles and promote sustainable alternative livelihood options. The two main beaches that will be monitored under this program are Big Sand and Colonaire Beach.

The program will be completed over a nine (9) month period.

For More information on the SVG Preservation Fund and The Turtle Conservation Project, click the following website link: http://www.svgpf.com/grants/march-2016/

Among the participants were students from the Richmond Vale Academy and the Petit Bordel Secondary School, along with the collaborating agency the Forestry Division. The participants planted various types of trees including: Forty (40) Red Mangroves, twelve (12) Buttonwood and eight (8) Sea Grape trees, which are vitally important to the coastal ecosystem.

The main purpose of the activity was to highlight the importance of the mangrove ecosystem, along with the community involvement in the preservation of the environment. To stabilize the coastline and to provide habitat to many species, including threatened and endangered species such as the Sea Turtle.

The National Parks, Rivers, and Beaches Authority (NPRBA), in collaboration with the Fisheries Divisions under the SVG Sea Turtle Conservation Programme (SVGSTCP) hosted a Beach Clean-Up at the San Souci Beach on Friday May 11 at 9AM – 2 PM.  The San Souci Beach is a known sea turtle nesting site. Approximately forty (40) participants, consisting of volunteers from the San Souci Sea Turtle Monitoring Group, Caribbean Youth Environment Network (CYEN), Sparta Football Club, and Forestry Services, residence from the San Souci and neighboring communities and NPRBA were present.  Education was provided about the importance of improving our coastal and oceans ecosystem, the effects of improper waste disposal and plastic pollution, a major threat to sea turtles.

At the completion of the Beach Clean Up twenty (25) large bags of trash were collected and piles of debris cleared; including logs from the river mouth. Residence were encouraged to collect the logs and to use them as charcoal. This event was just one of numerous activities organized by the SVG Sea Turtle Conservation Programme. The (SVGSTCP) is being funded by the St.  Vincent and the Grenadines Preservation Fund. 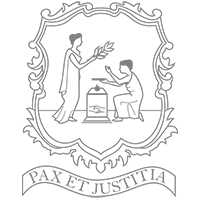